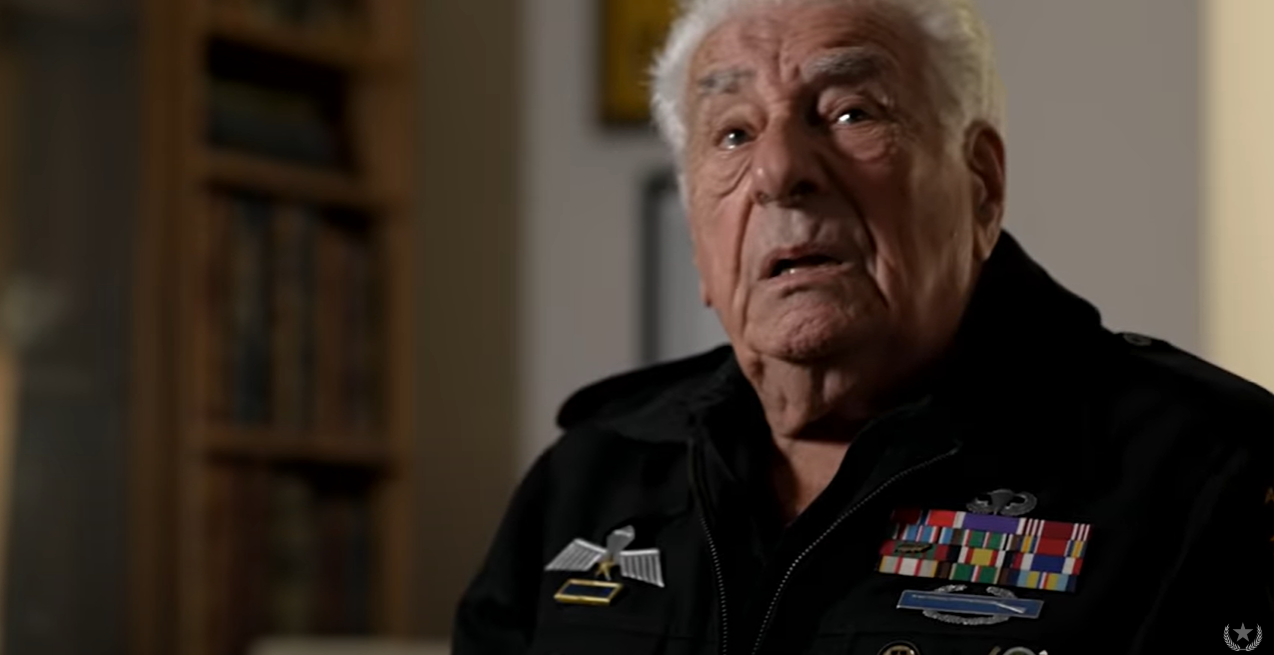 Shortly after basic training Vincent J. Speranza would observe a parachute jump demonstration made by a newly formed group of elite airborne soldiers - It would change his life forever. Speranza joined the paratroopers and was assigned to the 501st Parachute Infantry Regiment of the famed 101st Airborne division, the Screaming Eagles. Arriving in Europe shortly after the disastrous Market Garden campaign, Vincent was eager to make his first combat jump. That first jump would come during the Battle of the Bulge, not from a plane, but from the tailgate of a truck. While stationed near the Belgian city of Bastogne and acting as a runner, Speranza stopped into a bombed out church that was serving as a field hospital to check on a wounded friend. After chatting for a bit, Vincent asked his friend if there was anything he needed. His friend replied “Yeah, can you go find me something to drink!”. What followed would go down in lore as one of the most remarkable moments of the Battle of the Bulge. https://www.youtube.com/watch?v=lDHp9-kWd2g

There are no comments to display.